Click thumbnails for more information about her poetry books,
as well as sample poems and audio samples.
* * * 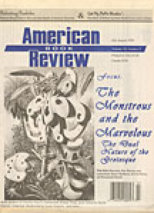 "Folding Into White" published in Stars In Out Hearts (August 2011)
won the Editor's Choice Award (and Semi-Finalist for top prize )
She has also appeared at numerous poetry readings, in many as a featured performer; a list of those venues appears below, along with some of the literary awards she has received.

She is the creator of the Harrisonian sonnet, and the Pentina (a variation on the sestina); there is an article on Wikipedia about the Pentina. The Pentina is also included in "The Book of Forms / A Handbook of Poetics Including Odd and Invented Forms" (published 2012), by Lewis Turco. She has also been a guest-host of the cable TV show, Poet To Poet (with Robert Dunn), now archived and available on YouTube.

Click to read Leigh's review of Lyn Lifshin's poetry collection,
"Ballroom," which was published in First Literary Review / East.
Ms. Harrison is the author of several poetry collections, of which four have already been published: "Tour de Farce" (New Spirit Press: Kew Gardens, NY, 1996) a chapbook of humor and parody, "Our Harps Upon the Willows" (Cross-Cultural Literary Editions: Merrick, NY, 1999) a collection of poems about spiritual faith and doubt, and "Finding Sermons in Stones," (WordCrew.org: New York, 2011) a collection of poems about nature and the four seasons. Her latest collection, "From A to Zeus," (WordCrew: New York, 2020) offers a selection of her poetry with biblical or mythological themes. Click the thumbnail for the books above to read sample poems, and hear audio versions, or to order "From A to Zeus" on Amazon.

As a poet, Leigh has been widely published, and has worked on the staff of numerous literary magazines, such as "Impact" and "et cetera" (the official and unofficial anthologies printed by students when she attended Fairleigh Dickinson University), "Poems That Thump in the Dark," "Second Glance," "Asbestos Arts Journal." "Shabdagucha," and "Medicinal Purposes Literary Review." 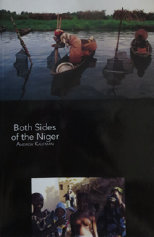 Click to read Leigh's review of
Andrew Kaufman's book,
"Both Sides of the Niger,"
which appeared in
Home Planet News / online.