In 1977, critic Northrup Frye pondered the concept that criticism might be a science as well as an art; Barbara M. Fisher, in her Noble Numbers, Subtle Words, seems to have taken the idea to heart, even as she has turned the notion on its heel.  For  while she casts forth theories with articulate abandon  she sets out to prove that literature is itself an art-based science. Her brief collection of critical essays, subtitled "The Art of Mathematics in the Science of Storytelling," attempts to draw threads of insight from numbers (devices at once maddeningly concrete AND abstract) to illuminate diverse literary texts.
This is nothing new; for thousands of years, Hebrew scholars and mystics poured over the ancient texts of Zohar.  For millennia, Cabalistic interpretations  with their mystical numerology  informed readings of both Biblical and secular prose and poetry, providing subtexts lush with arithmetical, philosophical, and religious symbolism.  For both the Cabalists and Fisher, a connection is posited between the math of numbers (counting, music, and/or time) and the sweet geometry of language.  Yet it is essentially post-Cabalistic theories that provide the preamble for Barbara Fisher in Noble Numbers, Subtle Words, in which she proposes that "number, name, and color... (become) narrative instruments that encode information" and that we can approach certain texts with an eye to discovering their internal calculus. 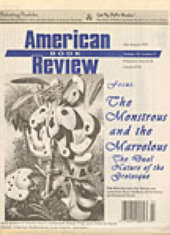 To this end, she examines the underlying numerical or geometric grids of five texts: Shakespeare's King Lear, Milton's Paradise Lost, Henry James' The Wings of the Dove, Jorge Luis Borges' The Aleph, and Toni Morrison's Beloved.  Fisher argues that although
"mathematics grew into a full-fledged discipline a long time ago, its early connections with...language are still apparent in the fields of logic, mathematical metaphysics, quantitative linguistics, Chomskian transformational grammar, and information theory  as well as in the art of poetry, the murder mystery, and various other contexts of drama and fiction."
Interestingly, Fisher eschews lengthy discussion of the standard associations made by Gnostic or Cabalistic theory, though she is not unaware of those historical interpretations; her extensive bibliography, as well as the wide range of her discourse, reveal that an astonishing array of thinkers, poets, and mathematicians have informed her lucid prose.  (With over 140 authors cited, including Bloom, de Man, Ong, Wittgenstein, Eco, and others both notable and obscure, the bibliography contains several season's worth of thought-provoking  no, make that delectable  reading material!)  Nevertheless, she seems to be reaching for a larger literary-analytical matrix than a "One = the Godhead, Three = the Trinity" stance would allow.  (As Jung has noted, "a symbol remains a perpetual challenge to our thoughts and feelings...we must interpret...find meanings in things, otherwise we would be quite unable to think about them.")
Fisher devotes an introductory chapter to the historical and philosophical perspectives; she invites us to "consider number, algebraic letter-coding, geometric figuration, and mathematical abstractions as practical literary instruments," while she traces convoluted linkage among such disparate sources as Wittgenstein's "language games," Wallace Stevens' poem, "The Comedian as the Letter C," and the Hebraic practice of gematria, in which numbers are manipulated to interpret the Scriptures.
The chapter on Shakespeare's use of the zero, or naught, in King Lear establishes both her multi-layered depth of analysis and the scattershot path she takes throughout, for it is a series of complex digressions built upon other digressions.  "The geometry of Lear is round," she asserts, building her argument on the repetition of "O-groans" by Lear himself, the countdown towards "nothing" as Goneril and Regan avidly prune the King's retinue of knights, and the round coins of the moon, the button, the orbs, and even the wheel of fortune  details that all serve to give the play its spherical aspect.  She sees the circular imagery in the human zero that Lear becomes as he disintegrates into madness, in the ring that Cordelia offers Kent, and in the shape of the hangman's noose that is used to kill Cordelia. 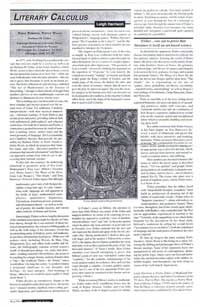 Both in their general shape, and as the number 1 followed by a series of O's, she argues, the two figures symbolize the circle and unity even as they represent the parts of the "ten thousand banners" of Satan's horde.  Here Fisher stumbles over herself attempting to prove that Milton's point of view was "rationalist" rather than "symbolic," for the symbolic underpinnings of his work stand revealed, nevertheless; they spill out like water through a colander.  (A minor quibble, admittedly, but it's one of the few arguments Fisher proposes that cannot be sustained in this literate and engrossing volume.)
While recounting Milton's studies in mathematics, Fisher makes brief scintillating forays into the work of Kepler, Newton, Galileo, and even John Wallis, inventor of the 8-shaped symbol for infinity (which she prefers to call the "love-knot symbol of infinity").  She goes on to describe the Dorian mode in music, Euclidean geometry, and the nature of perspective as seen through the lens of a telescope or microscope.  Seen through the intense lens of Fisher's articulate study, Paradise Lost becomes ever more detailed and variegated, a patchwork quilt captured in a painting by a pointillist.
As she builds her arguments, Fisher consistently chooses fascinating authors and texts to explicate her five primary subjects.  Entering the world of Henry James, she plows into discourses on the nature of mirrors, John Ruskin's Stones of Venice, the geometry of relationships, and the use of squares and triangles to document the love, jealousy, revenge, and scandal that permeate James's The Wings of a Dove.  By the time she delves into Borges and his short story, The Aleph, she is expounding on his use of "games...chess, probability, set theory, uncertainty ... repeated series, and doubling" as well as Borges's own readings of Archimedes, Omar Khayyam, Dante, and Nietzsche.
Then, as smoothly as if she were sliding down a greased bannister, she layers an analysis of ascending parataxis, alpha null concepts, and Cantorian infinite sets into an explanation of how Borges's ingenious, hallucinatory worlds rely on the exquisite spacial and metaphorical fabric which is constantly doubling and inverting upon itself.
In a subtle emotional shift, Fisher focuses in her final chapter on Toni Morrison's Beloved, a novel of infanticide and ghosts that bristles with slave narratives and haunting memories. Fisher envisions Morrison's novel as having "the configuration of a series of concentric circles, and the motion of a whirlpool," an appropriate way to describe this tale, which moves outward from memory and inward towards revelation, horror and suffering.  Here numbers are attached to houses (the house in which the novel opens is described thusly: "124 was spiteful") and people (Sethe giving birth to a 6-month baby, a character married six times, and six slaves  one of whom is named Six-O).  The events take place over a period of eighteen years, which, Fisher notes, is a factor of six.
Fisher postulates that the author, faced with "unspeakable thoughts, unspoken," must build an architecture of meaning out of the rubble of inarticulate words  Fisher refers to "linguistic impotence"  along with indices, rational numbers, and qualitative figures.  There is a sense, throughout, that Fisher would agree wholeheartedly with Barthes, who contended that "the Text can be approached, experienced in reaction to the sign."  Certainly, in the anguishing scene where Sethe bargains for the inscription on her dead child, Beloved's, tombstone by selling her sexual favors ("ten minutes for seven letters"), both the impotence of language and the stark power of numbers are once again conjured.
To sum up (forgive the pun), reading Noble Numbers, Subtle Words is like being on a canoe, following the shifting and picturesque shore of Fisher's literary musings.  Some of her arguments leave one mesmerized in still pools of contemplation, admiring her poetic logic; others carry one forward turbulently into uncharted realms replete with sudden, indelible insights.  And throughout, one bobs along on waves of her well-turned, liquid prose.
In Fisher's essay on Milton, she attempts to show that while Milton was aware of the Zohar and magical numbers, he seems to be centering on a rationalist (as opposed to symbolic) view of numbers when he utilizes "zero" and "one" as the poles against which he places the twin extremes of good and evil in Paradise Lost.  Fisher contends that the zero and one represent the shield and spear of the Devil's disciples (his "throng numberless").
continued next column...