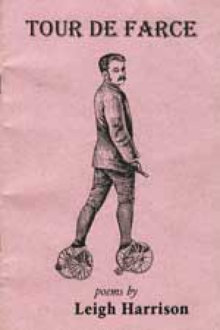 
My horse and I have stopped to rest
upon the woodlands fertile crest
and in the frosty air, just now,
have ceased to furrow or to plow

Before I trod upon the earth,
in winters long before my birth,
grebe and linnet soared these woods
though many have not stayed for good

If I could fly above the green
and see the lakes the hawk has seen
and ride the currents toward the sun
where sail the flocks as day is done,

I might then say goodbye to lands
where sparrows wing, where maple stands 
where restless winds have stolen leaves
and wear them on their ruffled sleeves

But here is where the trees stand tall
the tractor and the plow are all 
My horse and I would rather toil
amid this craggy northern soil
BIRDS IN WINTER
Two sample poems appear here.
ARSE POETICA
(after Archibald Macleish)


A poet should be culpable and cute
As hes astute,

Sighing, as the careworn bone
Of faceless pledges where satires groan 

A poet should be fearless
At the light of words.


A poet should be potionless yet rhyme
as the tune chimes,

Cleaving, as the dune still pleases
Dig by dig the sight-bejangled seas,

Cleaving, as the loon beyond the summer sheaves,
Mammary by mammary the blind 

A poet should be potionless yet rhyme
As the tune chimes.


A poet should be sequel to:
His view.

For all the mystery thats brief
An open window and a parting thief.

Above
The squinting eyeglasses and pencils on his knee 

A poet should not be mean
Yet be
" Tour de Farce "

In TOUR DE FARCE, versatile Leigh Harrison sets out to deliver smiles and belly-laughs, of which nowadays our poetry needs all it can get. This light-hearted collection is like a dazzling style show, with Harrison parading in the garb of other poets -- Emily Dickinson, William Carlos Williams, Wallace Stevens, and more. Not that she cant expertly do her own things. Check out Indeed!, The Usual Gang, and Writers Block Day -- delectable comic poems, each well worth the price of admission Go ahead, dip in, be regaled.
X.J. Kennedy
Noted American poet, author,
literary critic
Leigh Harrison in her book Tour De Farce holds a concave mirror up to the masters of poetic verse and does what Lewis Turco accomplished so ably in The Book of Forms, strips them of their distance from the reader. She puts the humor back in poetry. Whereas, other poets are restricted by rhyme, Ms. Harrison uses it to her advantage. Its more a salute to poetical form than farce. But like Oscar Wilde, a student of Walter Pater, she honors her teachers by paying them the ultimate compliment  imitating their style.
Hal Sirowitz
Former Poet Laureate of Queens, New York