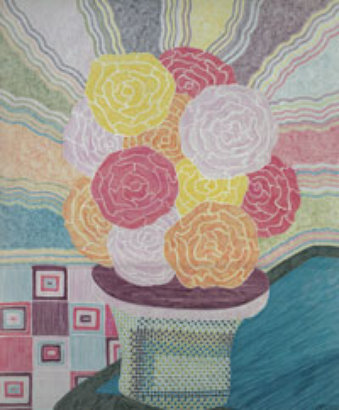 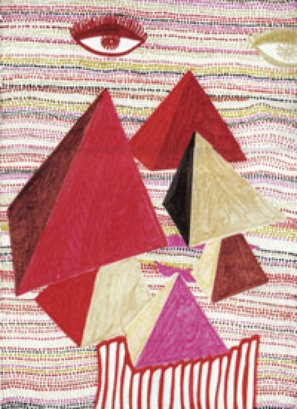 "Nefertiti" (watercolor - 8.5" x 12")
© Leigh Harrison
Leigh Harrison is a life-long artist, who has worked in numerous media.  She studied Art at the New School for Social Research, and the School of Visual Arts, both in New York City, and also at Fairleigh Dickinson University, in Madison, New Jersey.  She has explored the use of watercolor and watercolor pens for decades; Leigh's current art projects include a colorful new series on shoes.

Leigh studied Typography with Roger Ferriter (creator of the L'eggs logo and egg-shaped packaging), and studied Textile Design with Carol Joyce (author of the definitive textbook on textile design.)  She studied 3-Dimensional Design (paper & rubber constructs) with Nancy Graves at FDU, and, during the time she was Nancy's student, Leigh inspired Nancy with her own work in rainbowed, pointillistic fish.  Several years later, Nancy Graves' versions of similar rainbowed fish (but in much larger, mural form) appeared at a show at the Museum of Modern Art.

Leigh's work has appeared on the cover and interior of several literary magazines, and she was part of the Ward-Nasse 1993 International Salon.  Her 9' x 30' mural of characters from children's books graces the wall of a NYC public school.  Leigh is also a photographer and collagemaker, and -- as a longtime photographer of outdoor murals -- is a strong supporter of public art. 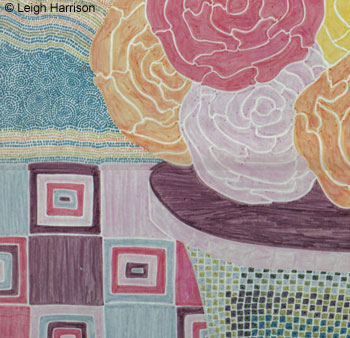 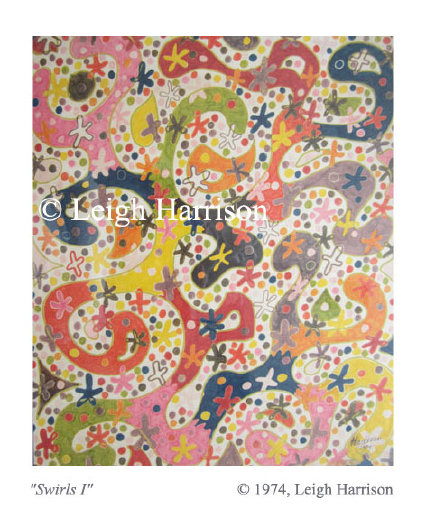 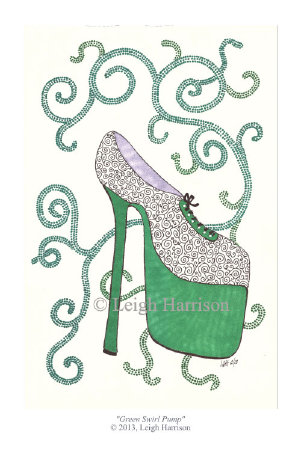 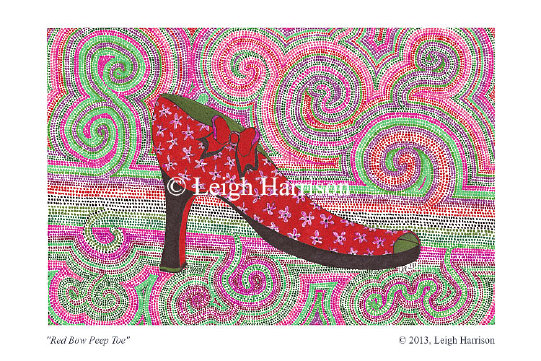