Leigh Harrison
It's All About Me (The Photo Gallery) 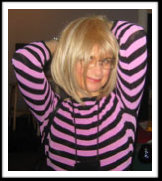 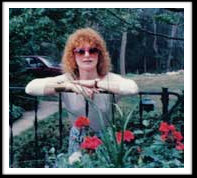 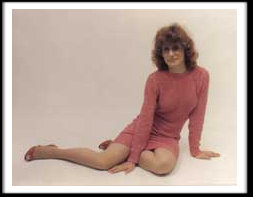 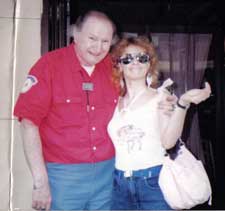 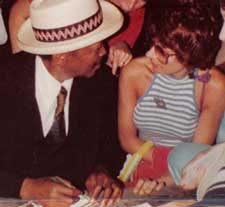 Leigh, hangin' with Al Lewis ("Grandpa" on the long-running TV show," The Munsters,")
during 1988, at his West Village restaurant on Bleecker Street, in NYC.
Leigh with Herb Reed, one of the last surviving original members of The Platters, backstage after the Platters' performance August, 1982, at McDonald Park in Queens, NY.
Photo Credit: Russell Reif
Photo Credit: Bobby Perfect
* * *
Leigh was honored for "Best Poet" and for "Best Song" at The Vault's annual awards ceremonies.   Here's Leigh photographed by the host of The Vault, Tony Bellizzi.
Leigh often spends time in rural Connecticut; this photo is by her
long-time lead guitarist, Bobby Perfect.
Leigh's photo sessions in the mid-late 1980s with William Coleman yielded many studio shots of her, including this one, wearing a hot pink sparkle tunic and peep-toe heels. 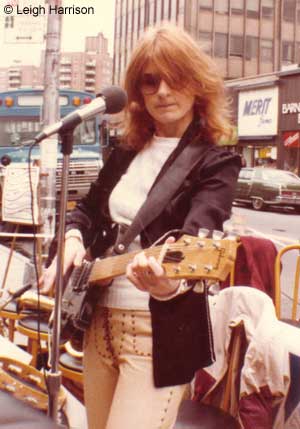 Leigh performed some of her original songs at a summer concert during one of the Forest Hills Festivals in the 1980's, held along Continental Avenue.  She's seen here playing her L-6 Gibson.  Among the other performers were the NYC H.S. Jazz All-Star Band.
Photo Credit: Russell Reif 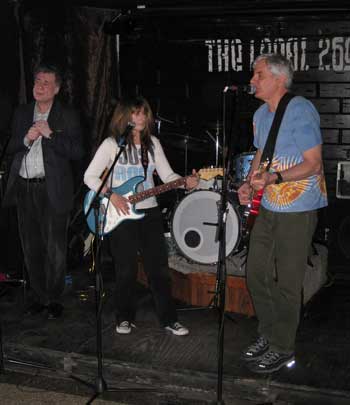 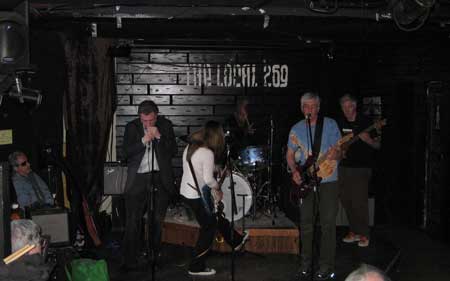 This is also from the Local 269 jam session on May 12, 2012, while Bob sings "Next Time You See Me," (written by Junior Parker), with Walter on harp and Chuck on drums.  Leigh is playing her old electric blue Fender Stratocaster, and Bob is playing his candy- apple red Telecaster..
Here's Leigh and Bob at Local 269, jamming with "Lazy" Walter on harp, Chuck Hancock on drums, and Mike Berman on bass, while Les Chalimon (the band- leader of The Manhattan Blues Connection), looks on. Leigh is playing her electric blue Fender Stratocaster. Photo taken May 12, 2012 by Billy "Blue" Blend.
Photo credit: Billy "Blue" Blend
Photo credit: Billy "Blue" Blend 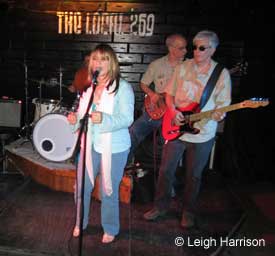 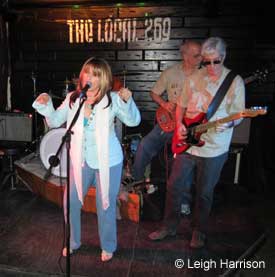 Leigh singing at a jam session in June 2012 at the Local 269 (a funky, now-defunct bar in NYC's Soho neighborhood), along with T.J. Hogarty and Eddie Roe on guitars, Dave Gerstein on bass, Garry Bloom on drums, and (hidden) Marc Lindahl on keys.  Leigh often worked with Dave in the band, Blue Rhythm Sandwich.  (Pix by Johnny Childs.)
Leigh singing at Local 269, NYC, May 26, 2012, with Bobby Perfect on guitar, and Ray Martin on bass. Hidden: Garry Bloom on drums, Craig Oxman on guitar, and Aaron Comins on keys (from 2012 to 2017, Aaron was a member of Leigh's band, Blue Rhythm Sandwich.) (Pix by Darius Reza.) 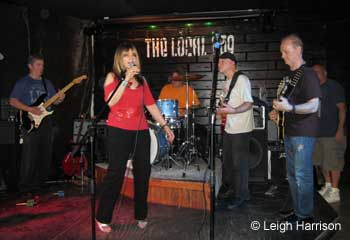